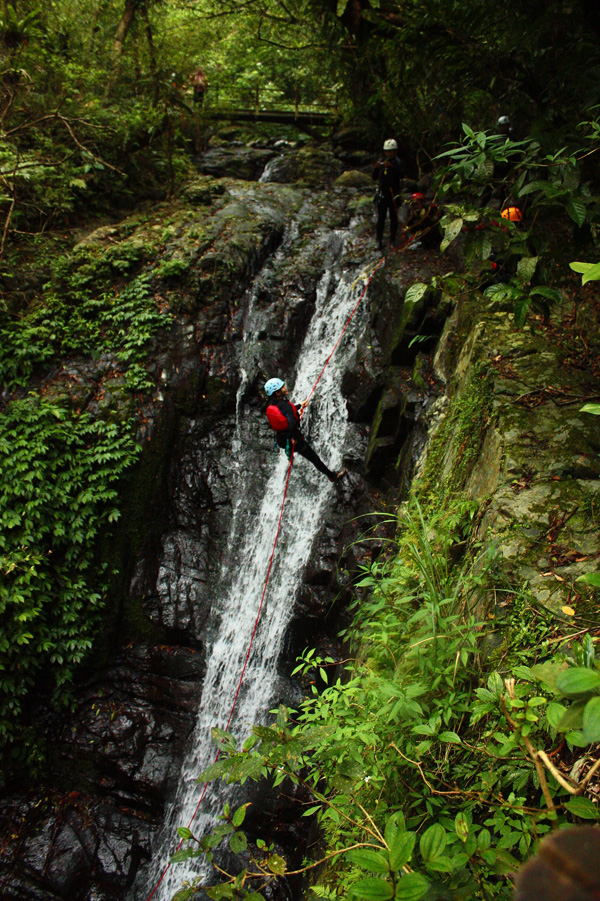 Originally river tracing means tracing a river to the source. It’s a part of mountaineering, just like rock climbing. Real river tracing expeditions take days to travel to the source, then river tracers have to find their own way to get to the top of the mountain or it’s ridge, usually there are always traditional mountain path to go downhill. River tracers need to be skillful in swimming, traditional rock climbing, rigging, navigation, mountaineering, and in good fit. The equipment used for river tracing is almost the same with rock climbing. Real river tracing is risky and can get one killed. Because people could be exposed to height, dangerous water movement, rocks, misused ropes etc..

However, river tracing experience (commercial trips) is much safer. The sections of creeks to go to for river tracing trips are selected. It must be easy to reach and get out, not too difficult and safe enough for everybody. It could be featured with waterfalls, pools, water jumps, slides. 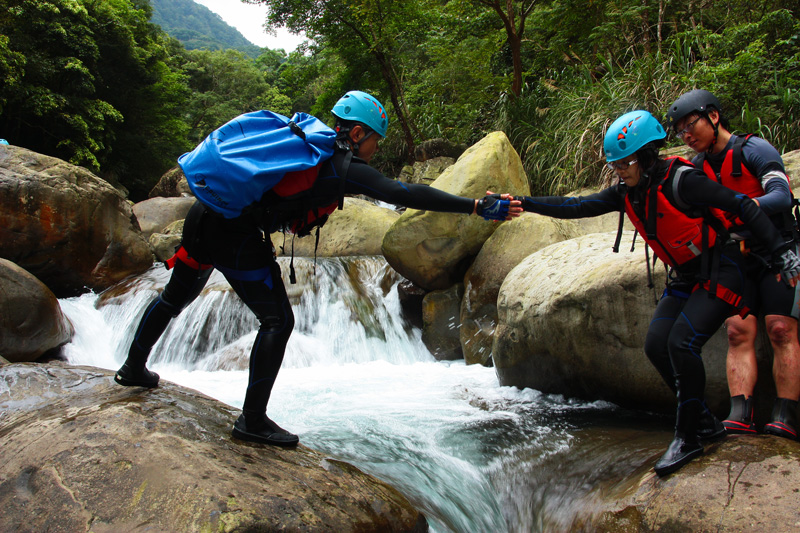 River tracing was introduced to Taiwan by Japanese people. Taiwan and Japan are probably the only two countries go in for this kind of activity.

Japanese developed 沢登り Sawanobori (river climbing). And Taiwanese call this 溯溪 Xuo-Xi in Chinese, translated as river tracing or river trekking in English. It’s a style to travel up-stream, opposite to canyoning. 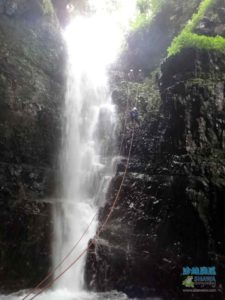 Opposite to river tracing, canyoning is travelling down-stream, and requiring more descending techniques with ropes and all of it should be retrievable. The terrain suitable for canyoning is steeper and narrower than for river tracing. Canyoners travel down-stream in a canyon, they need to abseil down or jump down or slide down or climb down obstacles, and get to the exit at the end.

Canyoning was developed in Europe, and spread worldwide nowadays. The canyoning population is so big now that even Adidas manufacturing wetsuit and shoes for canyoning.

Shawa Canyoning has acquired modern canyoning techniques from ICOpro (International Canyoning Organization for Pro) and ASM (Australia School of Mountaineering). And on it’s way to become an ICOpro training center. 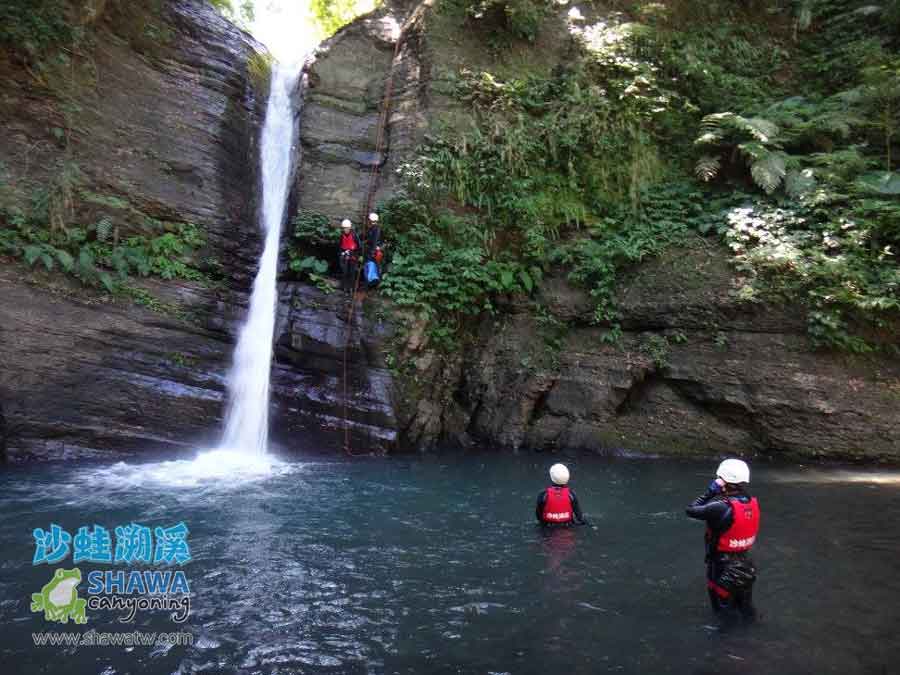